The Monor Cellar Village is situated about 30 kilometers from Budapest. At present it has approximately 960 wine cellars forming a village-like settlement (see map), a rare sight not only in Hungary but in Europe, too. The architectural style of the village is more or less uniform. However, its individual buildings fall under one of six types. Most of the wine cellars serve individual needs but now more and more offer good quality catering to wine tourists, too. 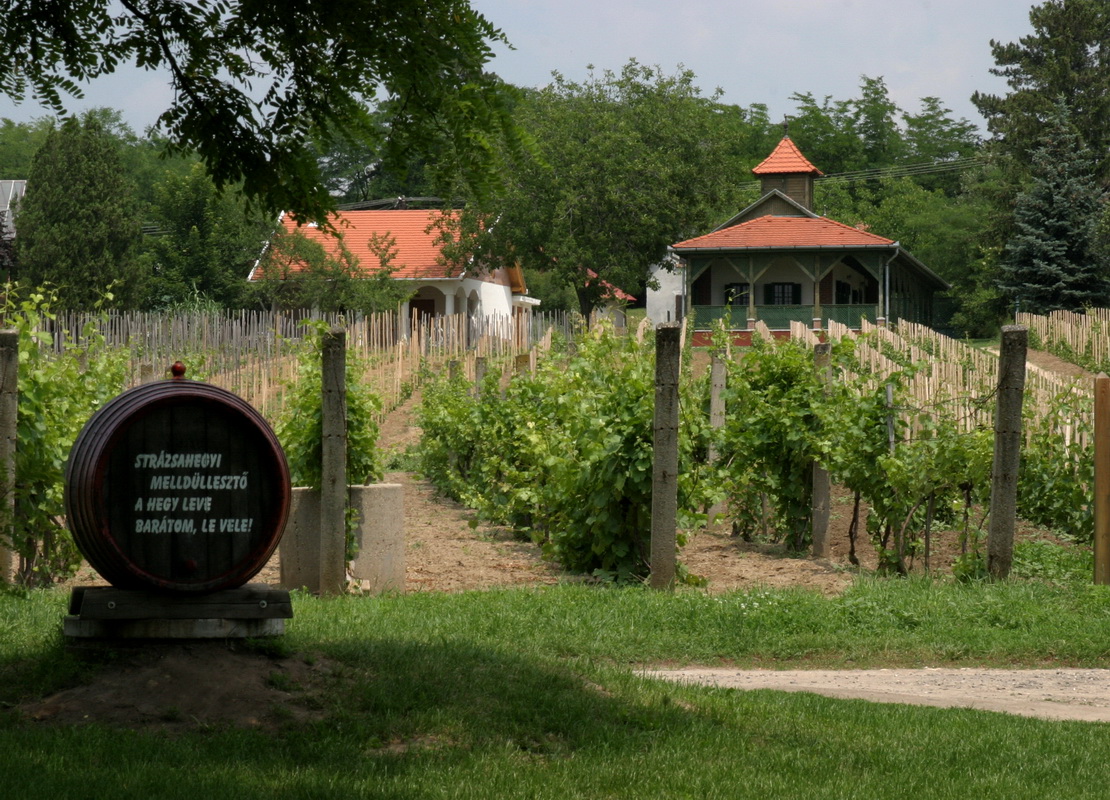 Monor is situated on the boundary of the Gödöllő-Monor Hills and the Plain. Its highest point is Strázsa Hill (190 m). According to tradition, its name (meaning Guard Hill) goes back to the era of Hungary’s Ottoman occupation in the 1500s and 1600s, when local villagers used it as a watch post to spot raiding Ottoman troops. It may sound an exaggeration to call a 190-meter heap a hill but in fact this heap is the southernmost point not only of the Gödöllő-Monor Hills and Hungary’s Northern Mountains but the entire Northern Carpathians as well.
The traditions of vine growing and wine production on Strázsa Hill go back several centuries according to historical documentary evidence. The first vine plantations are assumed to have been created as of 1446, when the Chapter of Eger (an important town in North-East Hungary) became the landowner of Monor. Cellars for wine barrels were dug manually in the hill’s clay and loess soil and in front of most a press house was erected. 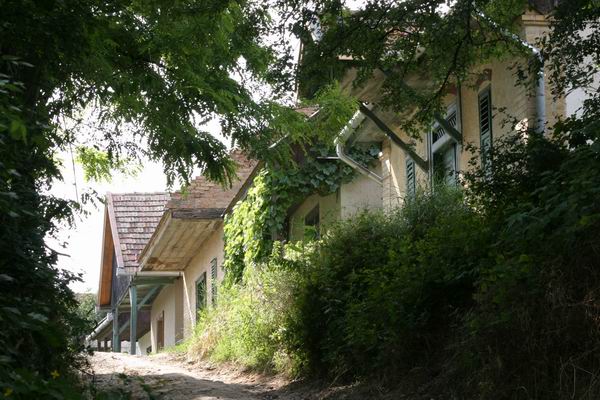 The total area of the Monor Cellar Village is 445 acres (180 hactares). The landscape is highly fragmented with vineyards, orchards, plow land, cellars and press houses. Most vineyards are old plantations (of Kadar, Tótfekete, Mézes, Ezerjó, etc.) cultivated by work-intensive traditional methods but there is also an increasing amount of cordon-trained modern grape varieties, which provide excellent wines in good years. The most common grape varieties of the Monor Cellar Village are Reisling, Rizlingszilváni, Rhine Riesling, Blaufränkisch, and Zweigelt.
The gastro-cultural experience offered to visitors of the Monor Cellar Village is enhanced by the Thousand Cellars Wine-Growing Trails. Walking along the two trails, either one at a time or both in one go, one will learn about local peculiarities of the Cellar Village and Hungarian traditions of vine growing and wine production. 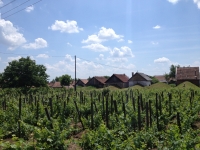 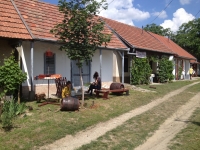 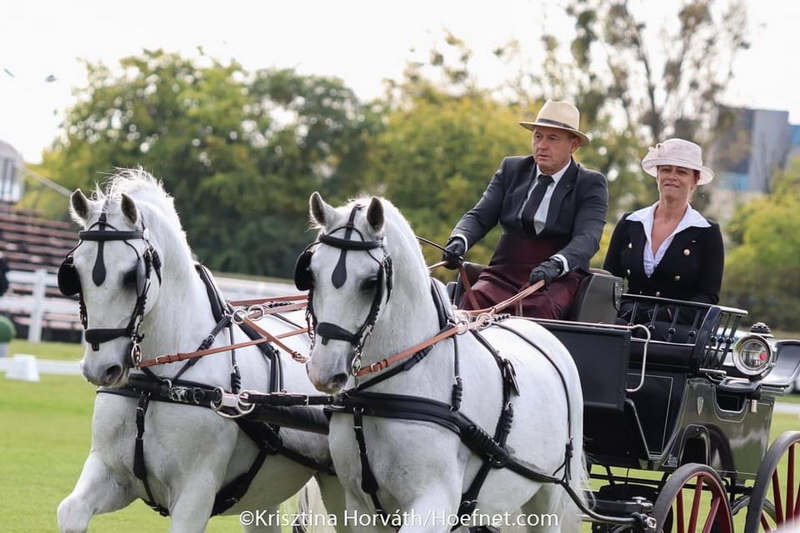 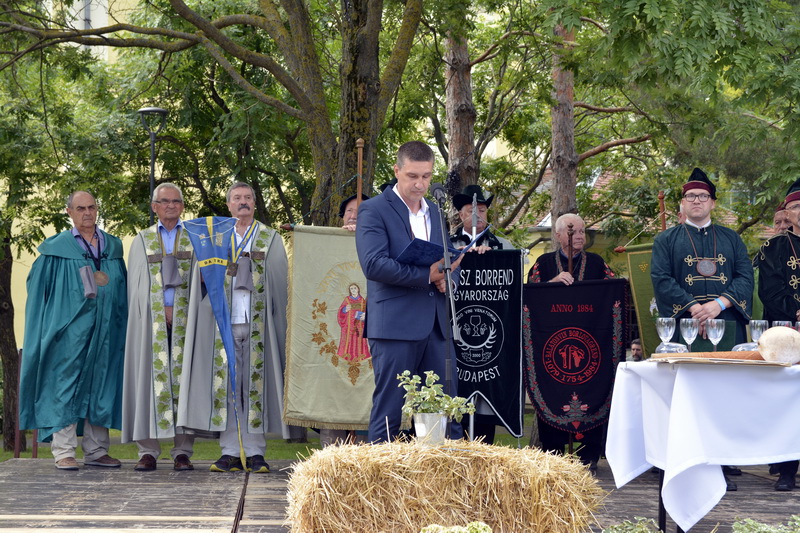 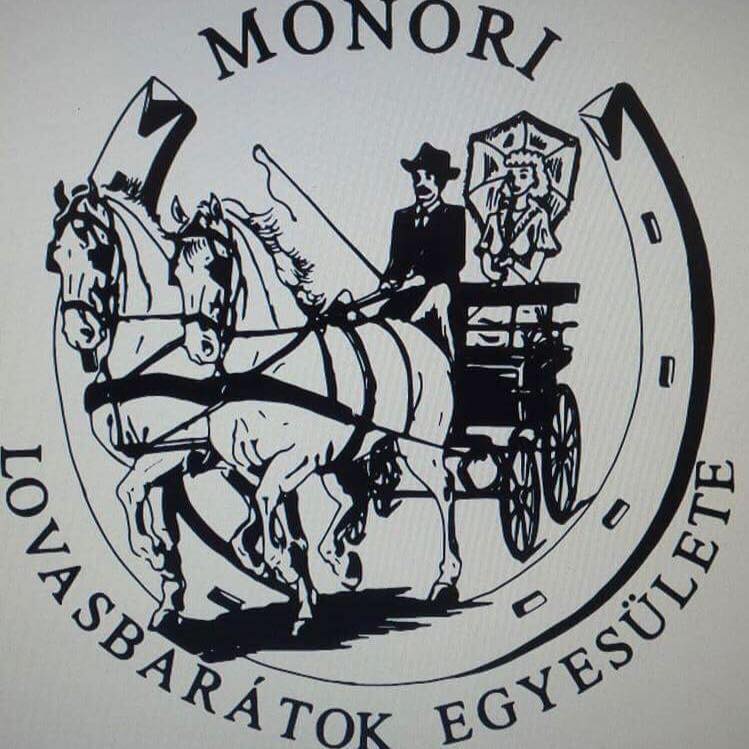